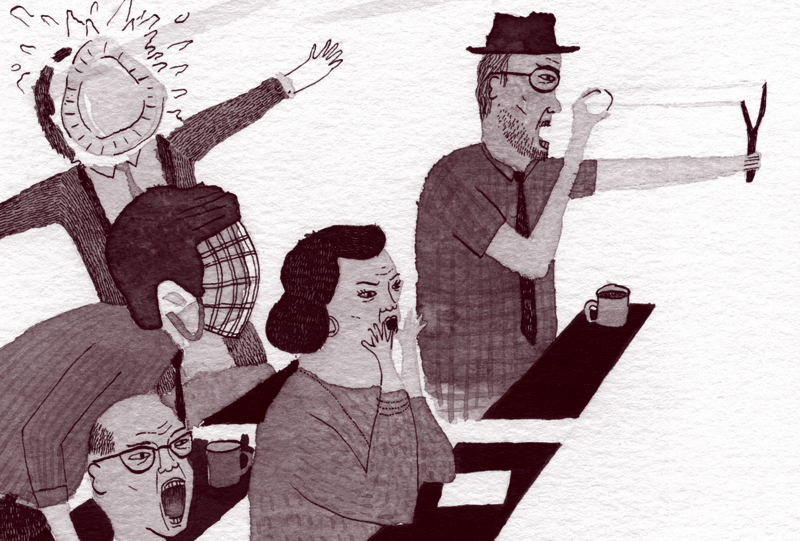 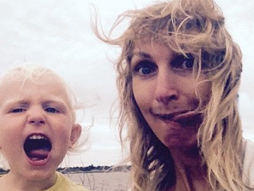 Each chapter of Teardown is graced with commissioned illustrations by Marlena Zuber.  Flying steaks, peeing billboards, pizza slices and politicians wearing the corporate logos of their donors -- each image playfully brings the ideas in the book to life.

"With hundreds of adults being paid to act like angry toddlers, Canada’s House of Commons
is essentially the largest and most expensive daycare in the country.
We’ve become accustomed to verbal warfare as a substitute for thoughtful conversation" 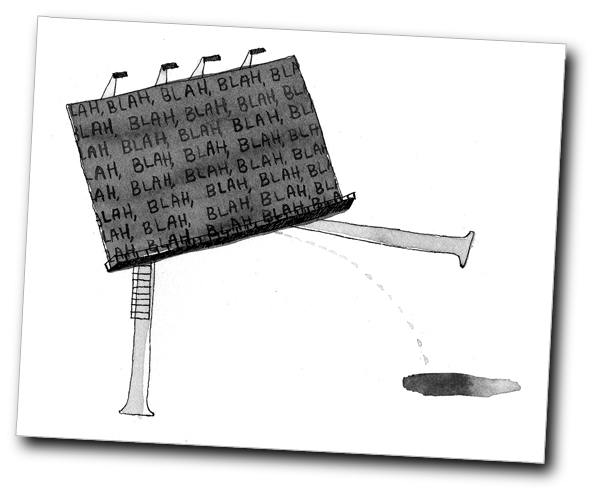 “Each billboard erected in public space serves as a reminder of who really wields power in our society.
Like dogs marking their territory, billboards emit a message of spatial ownership and control.” 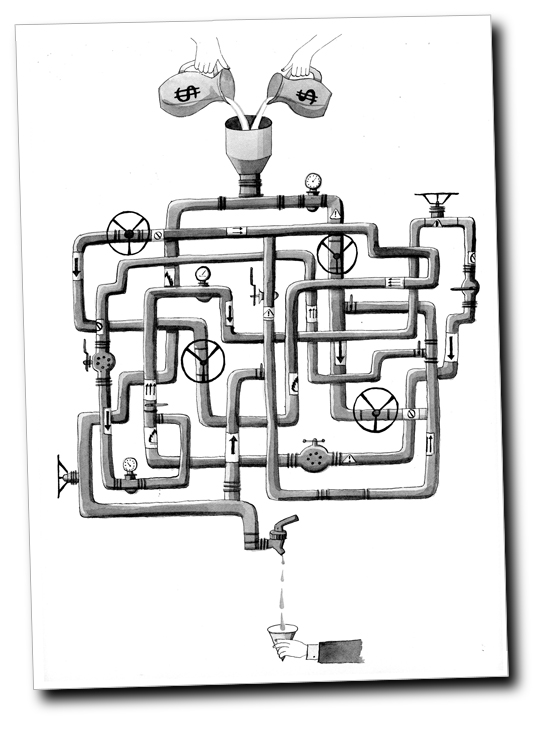 “Why is it so hard to get big money out of politics? The best analogy I’ve heard to describe
the problem is that water always finds a way. Even when obstacles are placed in its path,
water has an uncanny way of finding its destination.” 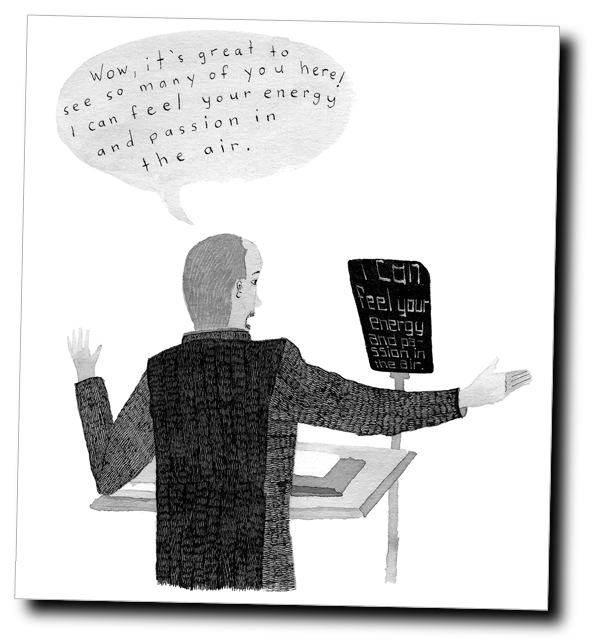 Energy
From Chapter 5: It's my party and I'll cry if I want to

"There are few things less inspiring than watching a politician pretend to speak off the cuff
while reading a pre-written speech off a tilted slab of glass.... Former vice president Walter Mondale
once referred to teleprompters as “idiot boards.” Voters are hungry for authenticity and want to see
real people sharing real thoughts.... If mainstream parties don’t embrace authenticity, they’ll
continue to bleed support to vacuous celebrities and clowns who have the courage to be spontaneous." 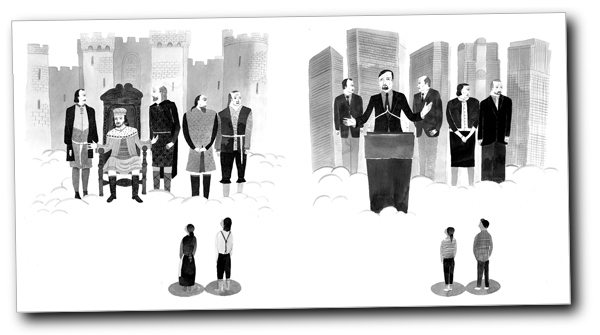 The Shape of Power
From Chapter 10: End of Heroes

“The shape of power is stuck in the Dark Ages. Governments are deeply centralized
and dominated by individual leaders, who are often the sons of former leaders.
The average voter feels voiceless in the face of policies that seem to favour the elite.” 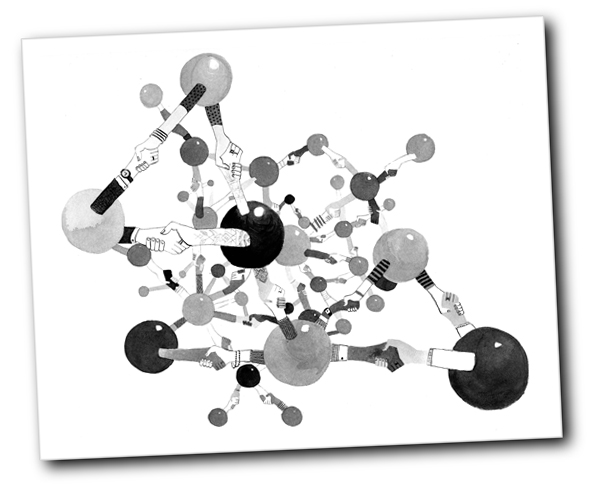 Neighbours
From Chapter 11: Close to Home

“The phenomenon of people living close to each other yet being socially disconnected,
is often called the atomization of society. Those in power benefit greatly when we retreat
into our homes. But under the right conditions, atoms eagerly create bonds
with other atoms to form stable molecules.” 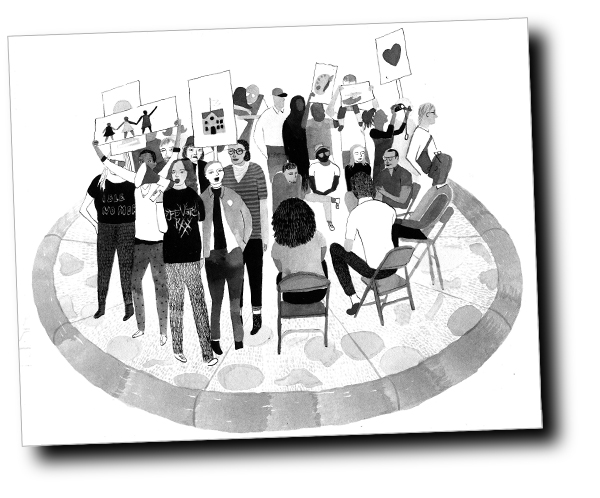 “How much philanthropy is being allocated to on-the-ground community organizing, using
information, navigation and motivation to help ordinary people plug into the political process?

Well, imagine the non-profit sector as a ten-slice pizza….” 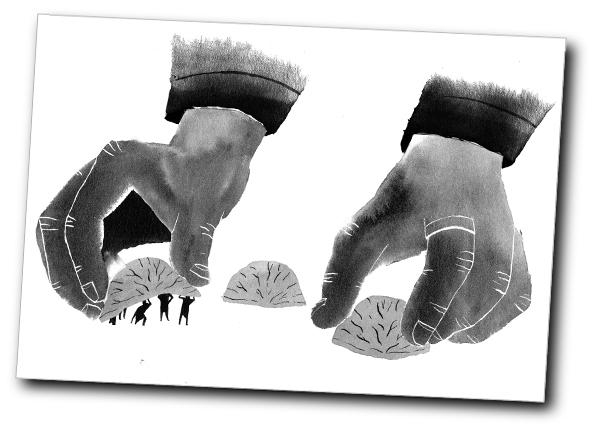 “Decision-makers dip into a bag of tricks used to create illusions, confuse onlookers
or even make things disappear. Like a shell game, a government can use an omnibus bill
to pass an unpopular item by hiding it inside another piece of legislation
and hoping that no one will notice.” 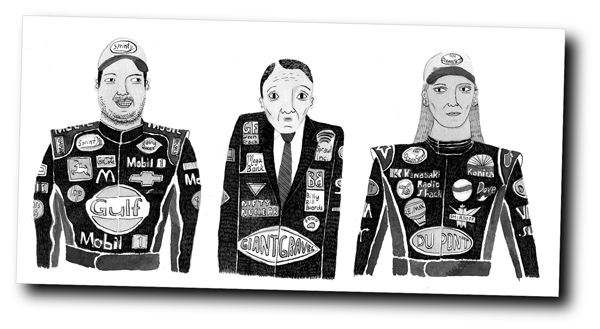 “A few clever political activists in the US have proposed introducing NASCAR-style
uniforms for politicians, revealing the “sponsors” who fuel our democracy.
The larger the contribution, the larger the logo.”

Facebook Twitter
Please check your e-mail for a link to activate your account.