From Teardown: Rebuilding Democracy from the Ground Up.

Excerpt from Chapter 1, 'The Mechanics of Exclusion' 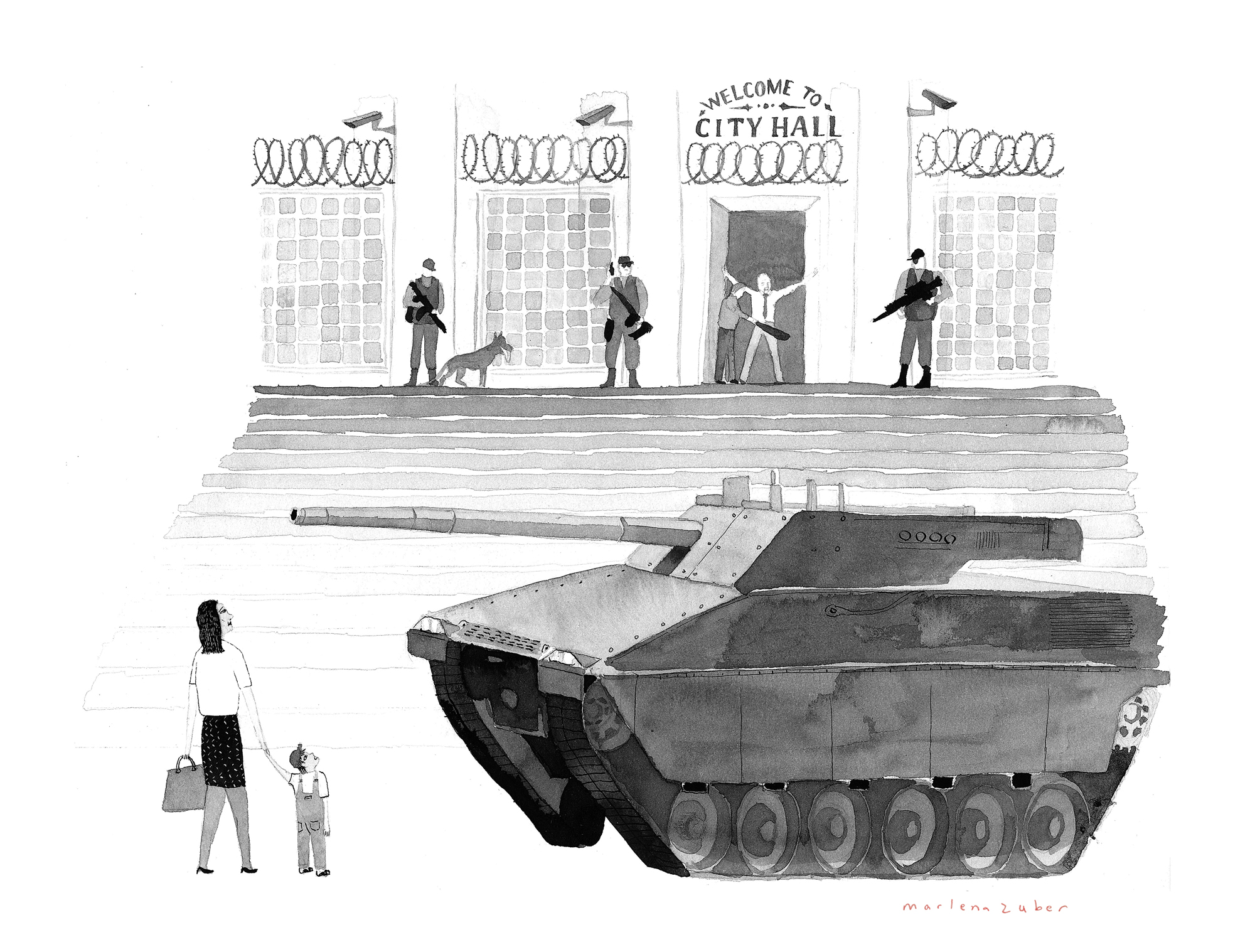 Over-policing, in general, has become common in political spaces. Security cameras, armed guards, locked doors, bag checks and metal detectors are the new normal in government buildings.Earlier this year, I was invited to Queen’s Park to witness the introduction of legislation I’d worked on, but it felt like I was visiting a maximum-security prison rather than the people’s legislature. After I’d signed in at the front desk and got a personalized visitor’s pass, my knapsack and laptop were confiscated. I then went through a metal detector and was told to hand over my cellphone. (Forget about Wi-Fi or charging stations. I no longer had any device to plug in!) When I was asked if I had anything else in my pockets, I held up a standard yellow HB pencil. They took it. I kid you not.While increased security is clearly warranted in light of recent terror attacks, each tactic has to be measured against the culture of fear it creates and the negative impact on legitimate public participation. We all want to feel safe, but we also feel uncomfortable when we’re unfairly scrutinized, suspected or inconvenienced. Any security measure must be based on evidence, rather than fear and sensationalism. And as horrifying and memorable as political attacks have been, the evidence paints a clear picture: American politicians are three times as likely to be killed by lightning as they are to be killed by another human being, and in Canada, the likelihood is much, much lower. There are extremely rare cases of direct attacks on government buildings, such as the 1984 shooting at the Quebec legislature or the 2014 shootings on Parliament Hill, and no one would suggest that these buildings should not be protected by armed guards who can respond with force and defend those who are being targeted. But the focus should be on security measures that are invisible rather than intrusive.The most excessive examples of over-policing are at our city halls. I say excessive because as rare as terror attacks are at the national level, they are unheard of in municipal buildings. Over the last 150 years in North America, only a handful of local politicians have been the targets of violence, and almost every attack happened either inside the victim’s own home or at the hands of a fellow politician—not a member of the public. Yet city halls across Canada have been rapidly increasing security, as if they are under siege by an armed militia.When I first got involved with municipal politics in Toronto, for example, our city hall felt open and inviting. Slowly, new security features were added that made it harder for ordinary citizens to move around the building. Councillors’ offices were placed behind a newly-built set of locked doors, accessible only by those with an official pass and a staff escort. Then most of the doors to the building were locked, with one single open door placed under the watchful eye of a uniformed guard—a situation Toronto Star reporter Jennifer Pagliaro described as a “lockdown-style operation of all entrances and exits.” Now they’ve recently added bag screening as well, with security guards shining flashlights into people’s personal belongings, and Council is considering even further measures including metal detectors and glass barriers to physically separate politicians from members of the public during meetings.None of these so-called “security” measures are in response to any credible threat, nor is there any evidence that they would pre- vent an attack. They’re simply a response to fear. When Calgary City Hall implemented similar measures, the manager of security flatly admitted, “There’s no specific event that’s actually brought this on.” According to the Calgary Sun, the most violent attack that their city hall had ever witnessed was a woman who threw a book in the chamber.Barricades,the openness and comfort required for a healthy and participatory democracy. No other sectors would tolerate the levels of inconvenience that we’ve created in our government buildings, because they actually use evidence-based risk assessment to measure benefits against unintended negative consequences. When a woman stabbed a complete stranger to death in a Toronto Shoppers Drug Mart in 2015, did the retail chain respond by adding metal detectors, security guards and bag-checks at all its locations? Of course not, because such a response is statistically unwarranted and would hurt business. Personally, I’d switch to Rexall.Which brings me back to my main point: Why are political spaces designed and treated so differently than commercial spaces, in terms of convenience, accessibility and comfort? Civic engagement is constantly thwarted by details that create a hostile and confusing environment that discourages participation. Meanwhile, lobbyists saturate the system, easily drowning out the handful of citizens who defy the odds to take part. Your voice, and the voice of your family and neighbours, is lost. To level the playing field and attract regular citizens into the process, the system needs to make every step as easy and as comfortable as possible so people like you can fit a little democratic participation into their busy lives. But rather than simply compiling a checklist of the hundreds of small details that need to be fixed, let’s dig a little deeper and explore why companies invest millions to attract and retain customers, while our governments create experiences that feel like a cross between a high school detention and a funeral.

Excerpted from Teardown. Copyright © 2019 by Dave Meslin. Excerpted by permission of Penguin Canada. All rights reserved. No part of this excerpt may be reproduced or reprinted without permission in writing from the publisher.

Facebook Twitter
Please check your e-mail for a link to activate your account.